De Anza College was represented by two women, Rachel Baltazar and Arina Izadi, at The 27th National Conference for College Women Student Leaders (NCCWSL).  The Conference was hosted by The American Association of University Women (AAUW) and NASPA – Student Affairs Administrators in Higher Education, and was held at the University of Maryland, College Park, May 31 to June 2, 2012.  Their scholarships were funded with the support of the Dr. Brian Murphy, De Anza’s President, and the Sunnyvale-Cupertino AAUW branch. 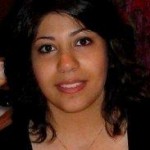 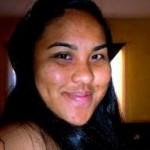 “When we found out that we had the great opportunity to go to DC for a Women’s Conference we felt that this was really a great time for us to meet some of the nation’s women leaders. Especially since our campus club Women Empowered had just been founded this year. The women’s conference gave us a chance to make connections with other women student leaders across the nation. Now we can share our experience with our campus club, Women Empowered, our fellow peers at De Anza College, and the women of the AAUW chapter that helped support us.

Before the conference we were able to meet Hal Plotkin, Senior Policy Advisor to the Under Secretary of Education, Martha Kanter. We spoke with him on both the achievements that the department of education has made and also on the areas where the Department of education will continue to go. It was also wonderful to hear that there were plans in effect to hire on thousands of teachers in the coming years. He also re-emphasized the importance of finishing our education and we had a chance to talk with him about our goals in education and our future career goals.

The conference began with the Women of Distinction Awards Ceremony, which honored Afghan women’s activist Noorjahan Akbar, Alta Bicycle Share President Alison Cohen, New Yorker cartoonist Liza Donnelly, women’s health care advocate Sandra Fluke, NPR host Michel Martin and former Hillary Clinton campaign manager and political consultant Maggie Williams. What was unexpected for us was that we would have a chance to sit down and speak with these wonderful women.

Arina felt that although Noorjahan was so young, she was a strong women in both Afghan and America. For someone like her who experienced the life and culture of Afghanistan she has made such a strong movement to empower young women. Noorjahan still finds ways to support her people in education and to help them become more open minded as they struggle with the terrorist issues.

During the conference there were workshops on real world skills, leadership, and women’s issues and how to become advocates for women. Each of the workshops were presented by women leaders from all over the nation. We really had a chance to find our niche and develop it.”

Noorjahan Akbar co-founded Young Women for Change, an organization of volunteers who work for gender equality in Afghanistan. Since then, YWC has gained nonprofit status, formed a male advocacy group, organized monthly lectures on gender and women’s studies, collected books to build libraries in Kabul and Helmand, and began conducting research on street harassment in Kabul, thanks to a new grant.

Sandra Fluke testified before the House Democratic Steering and Policy Committee on the need to provide access to contraception, which she has been advocating for since arriving at Georgetown. Rush Limbaugh subsequent verbal attacks on her caused a firestorm. She has since spoken about women’s health and other issues of concern to women across news outlets, including the New York Times, Washington Post, TIME, CNN, MSNBC, NBC, ABC, and CBS television.

To make a tax-free donation for next year’s scholarship recipient or to find out when Rachel and Arina will present their experience to DeAnza students, email: Susanps@sonic.net.  Or for more information about AAUW Sunnyvale/Cupertino branch (members can reside in other cities), visit: http://www.aauw-sv-cupt.org/ or email.